Traveling in Asia is Affordable 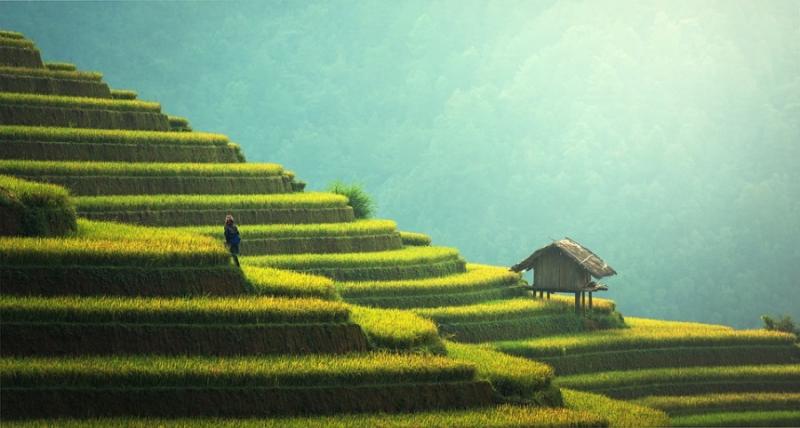 The sight of new and different items on display and the excitement of open air markets and colorful shops makes shopping in Asia a unique and fun experience. Not only will you see goods that are different and hard to come by in the west, but you'll find prices much different than those you're accustomed to, and different from prices seen when traveling to other regions, like Europe.

In China, clothing costs about four or five times less than in European countries. Just like the life style is different, the sizing system is much different than in the U.S. A woman who wears a size medium in the United States will find herself browsing the extra large section of the department store. It is wise to try everything on to make sure it fits before buying, and carefully consider the size of any clothing item you plan to purchase as a gift for someone else.

In India clothing can be had for about half the price that it would cost in European stores, if you know where to shop. For example, on Mumbai's Fashion Street, surplus from the city's clothing factories can scooped up at bargain prices.

It is best to purchase clothing made by famous European designers in Europe. Taxes and duties on imported goods in Asian countries tend to drive the prices up. An exception is Hong Kong, where goods are not taxed and the prices are often comparable to the European prices.

Naturally, Asian goods of all kinds are considerably cheaper in Asian countries than in Europe. For example, Chinese chops, which are name stamps usually used with red ink, can be found in many shops catering to tourists for about $5. The purchaser's name is normally carved into the chop at the store. The same item would cost around $40 outside of China.

Beautiful and unique jewelry can be purchased in Asia for bargain prices. Because of India's strong diamond industry, diamond rings and earrings can be bought for less than half of what they would cost in Europe. For pearls, you would pay about five times more in Europe than in China for a strand of similar size and quality.

A massage in China will run about $10, where a similar massage in Europe will cost roughly $80. The Chinese have practiced massage techniques for thousands of years, and a genuine Chinese massage is extremely relaxing. Foot rubs are popular as well, especially for travelers who have spent long hours on their feet visiting temples and climbing several stories of stairs in pagodas.

A tailor made silk shirt in Hong Kong costs around $100. Beautiful silk fabric is available in Vietnam for around $3-$9 a yard, depending on the quality. Good quality silk fabric in China costs about $4.00 a yard. The fabric tends to be narrower than the standard 45 or 60 inch widths, so make sure to ask how wide it is before purchasing. The method of producing silk from the cocoons of silkworms was originally developed by the Chinese and remained a secret for hundreds of years. Eventually the technique became known and spread across Asia and Europe, but to this day China remains the leader in producing silk.

Remember that the prices listed above are guidelines. Prices will vary from shop to shop - expect to pay more at the store in the hotel lobby than the one tucked away on a side street. Also, in most Asian countries it is customary to bargain over prices and your skill at bargaining will determine the price you ultimately pay for your purchases.